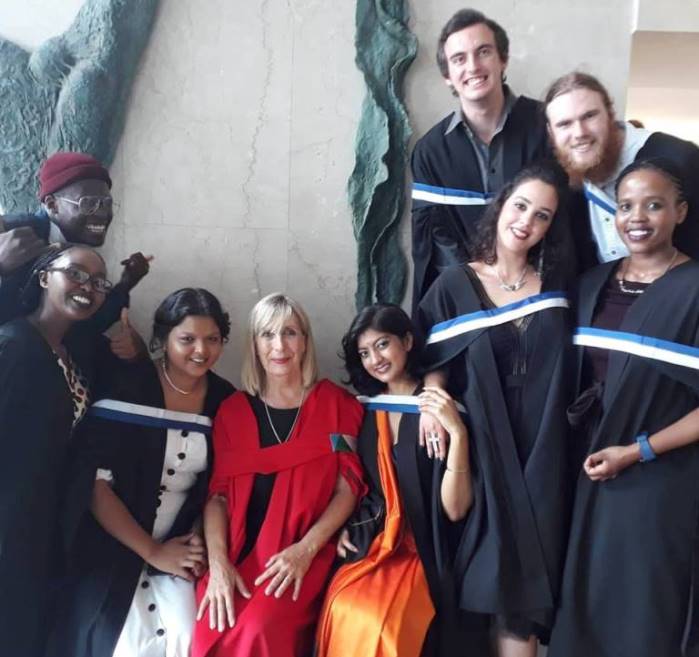 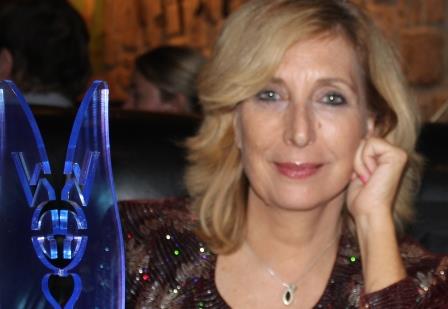 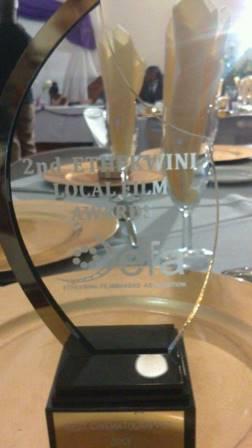 2011 Winner of the Vodacom Journalist of the Year Award for the northern/southern regions as a Columnist for The Sunday Independent. 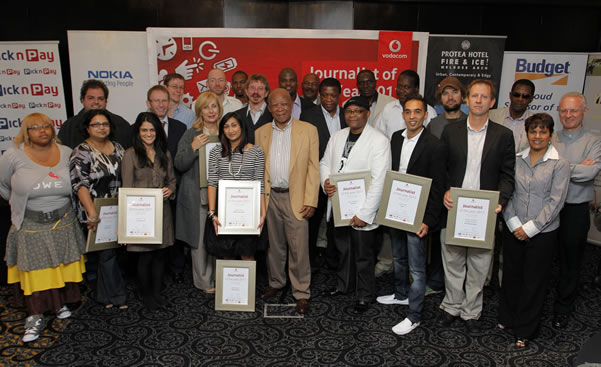 After an entry period that lasted a month, and a rigorous judging process involving 13 judges, Vodacom announced the regional winners of the 2011 Vodacom Journalist of the Year Awards.

Janet van Eeden, Independent Newspapers, Sunday Independent, Get over yourself – after all, it’s just sex.

“We often only realise that times have changed when we can no longer participate intelligently in discussions with our young ones, or when the subjects they raise make us feel uncomfortable. This becomes evident when an issue such as sex is raised, and you immediately look around to see who else is listening (because you’re embarrassed). This writer wonders aloud and questions the constant flurry of topics and issues around sex in various news channels – whether it be a billboard, a newspaper or a radio station.

The winner is Janet van Eeden for Independent Newspapers, the Sunday Independent for the piece ‘Get over yourself – after all, it’s just sex’.” Robin Sewlal.”

The M-Net EDiT (Emerging Dynamics in Television) Awards were held at The Venue in Johannesburg on Friday the 9th May 2008. The University of Kwa-Zulu Natal Pietermaritzburg’s Drama Department was among this year winners once again. Drama and Media student Stephen de Villiers was given an M-Net EDiT grant last year to make his Boer War epic, Commando. Commando won the M-Net EDiT Award for Cinematography.

Drama Coordinator of UKZN PMB, Veronica Baxter, said that credit must be given to the lecturer in Scriptwriting , Janet van Eeden, who prepares the students in writing treatments (specialised film-selling documents) which are then submitted to the M-Net Selection Panel. The five students chosen from tertiary institutions are given a R40 000.00 grant to make their own films on the basis of the quality of the treatments alone. The M-Net EDiT Awards are awarded after the final film productions have been judged by a panel of experts in the industry.

The Film Writing Workshop held in October/November 2007 at the Midlands Arts and Crafts Society in KZN was very successful. Nine participants with extensive writing experience but no film writing knowledge as such explored the very new medium though film analysis, writing exercises and extensive discussion. They are in the process of finishing off their first short film and the comments about the course show that they really enjoyed and benefited from the course.

“I have absolutely loved this course. It’s heightened my awareness of film and made me more observant. The Hero’s Journey will enrich all my writing. I’m so grateful for that and for your wonderful affirming energy.”
Bridget Krone, textbook writer, novelist and editor.

“Thank you so much for an excellent course. I feel that I have learnt a great deal – and you made it really pertinent by showing us clippings and sharing your experiences with us. The course had a good balance of information and exercises. I thoroughly enjoyed it and learnt a great deal.”
Kate Richards, journalist and author.

“It was very enjoyable and opened my eyes to the art form.”
Moraig Peden, educationist, lecturer and aspirant novelist.

The Wildtalk International Film Festival Scriptwriting Workshop at the ICC in Durban on 28 August 2007.

Filming wildlife usually takes the form of a documentary account of the wildlife in question. Filmmakers usually take their cue from the behaviour of the animals themselves. What happens when you decide to tell a narrative story about wild animals? Where does documentary film making stop and where does narrative scriptwriting start?

Using my experience writing the script which greenlit the feature film WhiteLION, classic storytelling structures are employed even in a wildlife film. Hollywood screenwriting guru Christopher Vogler’s blueprint The Hero’sJourney, based on Joseph Cambell’s The Hero with a ThousandFaces, has been used to create classic story telling structures for films as diverse as Disney’s The Lion King, to George Lucas’ Star Wars. Using this blueprint as a guide, the story of Letsatsi, the titular white lion, a touching story was shaped to follow his struggle for survival. This blueprint will be examined to explore whether it can be implemented in filming wildlife in a straight documentary form or whether it will affect the integrity of documentary filming.

A more structured narrative along the lines of White LION will be examined with film excerpts from L’ours (The Bear) by Jean-Jacques Annaud as well as comparing excerpts from a straight lion documentary to excerpts from White LION.

Handouts will include the essential The Hero’s Journey by Christopher Vogler from his book, The Writer’s Journey, as well as solid story telling tips from Robert McKee’s Story.

Comments from the Organisers of Wildtalk International Film Festival:

“I got a lot of positive feedback from your workshop, thank you very much for your brilliant workshop!” Geta – Organiser of Wildtalk International Film Festival.

“Thank you very much for the notes. As an emerging journalist your notes are eye opening and your presentation was outstanding.” Sindi Ndima, a delegate who attended the workshop.